Jo Girl had to work at a trade fair today, so I was home alone to fend for myself, with nothing but talk, talk, talk about the election or football on TV, I decided to keep myself busy in the kitchen. I started out cooking myself scrumptious bacon and egg with mushies and tomatoes for breakfast. The bacon I picked up yesterday at Drovers was so yum yum! 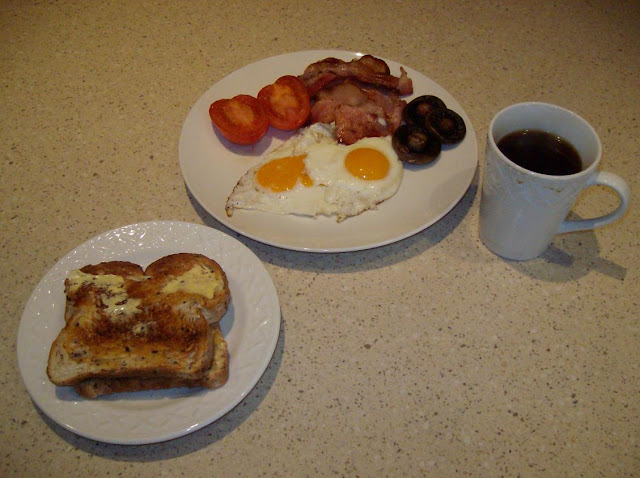 Once I had breakfast out of the way I cooked up something for tomorrow night’s dinner, so all I will need to do when I get home is prepare some vegies and place the casserole in the oven to warm up. I then decided on making an apple pie for desert to go with tonight’s dinner for which I had roast pork on the menu. I love making apple pie, I got the recipe from my Mum who in turn got it from her Mum, though I think she left some little thing out of the recipe because I can never get mine quite as good as hers, but we shall keep trying. One little thing I have taken to doing differently with Mum’s recipe is that I cover the base of the pie in a little apricot jam, which was something I prepared to do today but then forgot until the lid was on the pie, so I glazed the top with the jam instead, it actually worked pretty good and both Jo and my son Ryan seemed to like it. 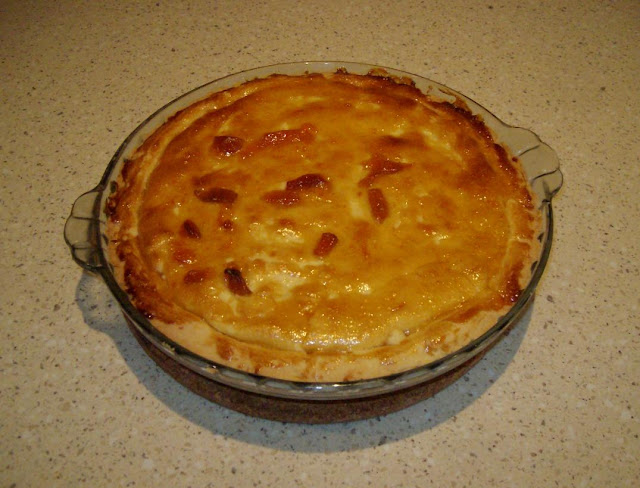 The piece of pork I chose for the roast was a shoulder piece, I had not done a shoulder of pork before so I had some fun when it came to carving the meat, but I managed in the end and the meat itself was very nice and the crackling was oh so crunchy, Jo wished there had been more, actually I think we all did if I were honest! I had planned to do a cauliflower au gratin, but ran out of puff so I just steamed the cauliflower and made a béchamel sauce to go over the top, and of course roast pork wouldn’t be right without it, so I had to make an apple sauce to go with it. 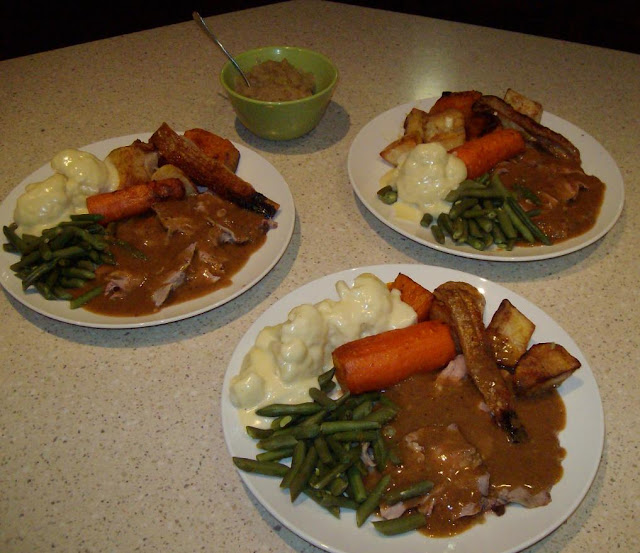 Now I am well fed and well and truly ready for bed, goodnight!
Posted by Dinner with Jack at 9:44 PM