The return of the Italians

As you know the Italians came a few weeks back and it seems they liked us, as they are coming back and they have rounded up some more to join them, people have come from the Northern Hemisphere for this event, amazing! We are to gather at Dot and Sean’s place in the South Geraldton suburb of Hocking, Sean has fired up his pizza oven for the occasion, so there will be much eating and much drinking and merriment. Dot has phoned 15 times this morning to see what we think about this pizza topping or that one, I tell her, Dot, less is better, and No, pineapple does not go on pizza!

Princess Jo hasn’t been much better, cracking the whip on me and having me cook my little heart out on a Friday night in readiness. I can still remember well Friday nights where I would knock from work, walk to the Royal Hotel for a belly full of beer, then stagger to Vivace in Bennett St to pick up a pizza, which was promptly taken home and devoured in front of the TV whilst watching the footy, washed down with the best red of course! Seems a long time ago now! Now my Friday night is spent cooking risotto and cheesecake, preparing arancini and preparing an evening meal, seems I have gone from looking for love to cooking for love, but that is OK because I in fact love every minute of it.

Preparations have continued today, making a delicious tomato and capsicum sauce which will go with some very yummy crumbed beef girello and then of course there is the dressing of the baked cheesecake and the arancini needs to be deep fried, and this is only the food Jo and I have prepared, but then it is an Italian gathering, what more would you expect? 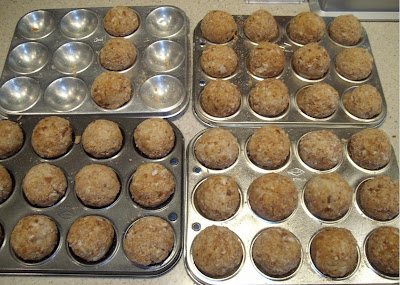 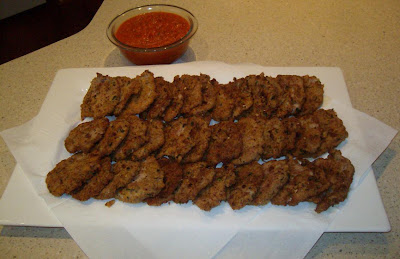 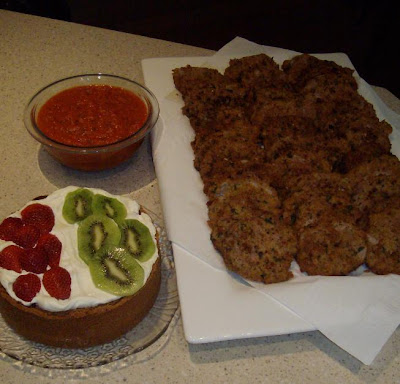 Well what a night, there was so much going on, so much food, so much laughter, so much fun, Dot and Sean know how to party and their beautiful home is setup so well, having a good time comes easy. Then when Sean rolls out a few of his toys there is more fun, more laughter irrespective of your age, this is always going to be fun. The Italians were especially impressed with the armoured scout tank, even though it only has one reverse gear, and it took a while for Sean to back it up with Uncle Lou giving him the directions where to go, we had to explain to uncle Lou he could not speak with his hands at this task, things go better after that! 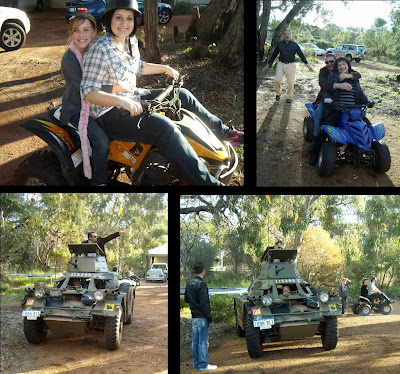 Thanks for the roaring fire going in the pizza oven the outdoor kitchen was a great place to be, toasty warm on an otherwise chilly night. Sean kept the tasty treats coming from the oven throughout the night, baked chilli potato and pumpkin, just little bite sized morsels, but boy they packed a punch when it came to flavour, the spicy Italian sausages were to die for as usual.
When it came time to make pizza and all the toppings come out, you could have sworn you were at Uncle Gino’s pizza joint! Everyone got in the act preparing their own specialised creations just the way they like them, unless of course they wanted pineapple because there was none of that in sight, just as it should be in any self respecting pizzeria!
I was quite chuffed too to have some feedback for some of the food I prepared, cousin Janine remarked how she loved the shape of my balls, whilst her hubby Ardy injected that they appeared to be nice and full, then passed a questioning glance toward my gorgeous wife, who just smiled sweetly and said they were nice and crunchy on the outside too, as, they as a couple make sensational arancini themselves it was great to hear their critique! 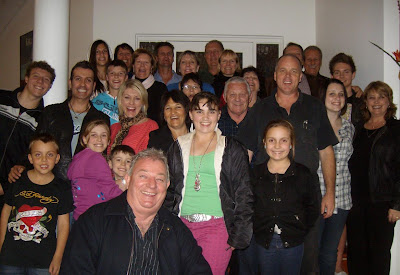 Posted by Dinner with Jack at 1:50 PM