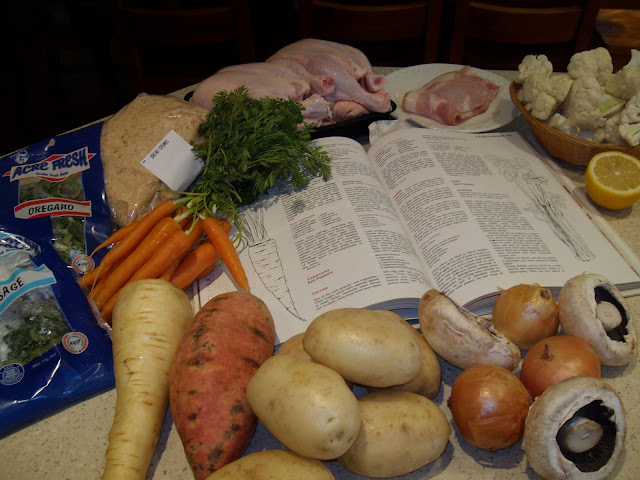 The fun in the kitchen continued today, with some of southern family members being in town and coming to dinner tonight.  I had an inkling that this was on the cards yesterday whilst shopping as I was about to choose a nice chicken to roast, then for no apparent reason swooped up the last double chook pack left on the shelf.
We don’t get to see the southerners that often so it is a real treat to have them over for dinner, about ten minutes after the news they were to join us, further news came of Luke joining us, as he too was keen to see his Mummy and brother.
So at 3:45 I thought well in that case I am going to need a dessert, so I quickly pulled up Donna’s site and entered a search for dessert, I had 3 recipes returned the first being a Pavlova, something I had been wanting to try out, a quick check of the fridge and pantry revealed I was an egg, a carton of cream and some fruit short to complete the perfect pav!  I rushed off to the shops for my ingredients, working things out in my head as I went, I figured if I was back and had the pav in the oven by 4:30 I should be fine.
I put my skates on and rushed back to the house, threw stuff on the bench as I rushed around getting everything together, ran back to the computer to print the recipe in the middle of beating eggs, it was crazy, but I was pleasantly surprised when I had the meringue in the oven by 4:10, twenty minutes ahead of schedule, which was a good thing because I had not got to read the bit about letting it cool down in the oven.  It is due to come out in 25 minutes and just quietly it is looking unreal.
Well that was as far as I got before there was a knock on the door and my dinner guests where here, 2 hours earlier than expected, not that it mattered because there is always plenty to talk about and catch up on, Jo arrived home about 20 minutes later and I was able to potter around and get the pav out and the roast in as I had planned.
I was very impressed with my timing of everything, when we sat for dinner and the seven o’clock alarm sounded, we were eating by 7:03, I had told Jo six hours earlier I would have dinner on the table for 7 PM!
Dinner was delicious, every single mouthful in my books anyway, hope our guests enjoyed it as much as the cook did!  The stuffing I made for the chickens was awesome, the best I have ever made, or tasted, I know I probably should not critic my own cooking, but it was good.
For the stuffing I diced an onion, and a rasher of bacon, 1 tablespoon each of fresh oregano and sage, added 1 ½ cups fresh breadcrumbs and 2 table spoons of butter and massaged the butter into all the ingredients until the crumbs were evenly moist, it was very tasty and flavoured the meat nicely. 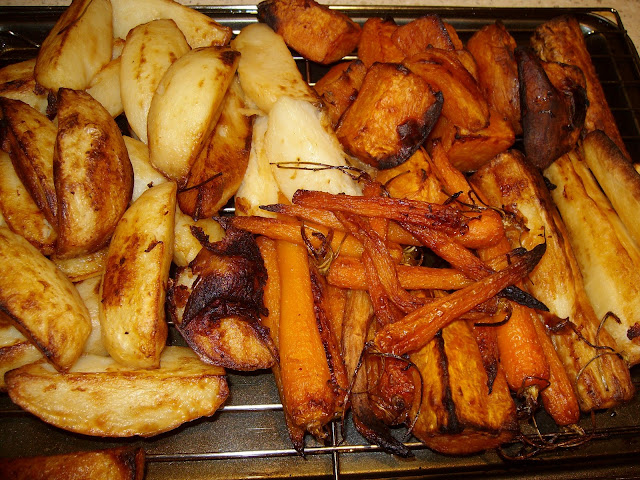 To go with the chicken I had roasted potato, sweet potato, baby carrots, parsnip, peas and a yummy bacon and mushroom cauliflower au gratin, and gravy of course. 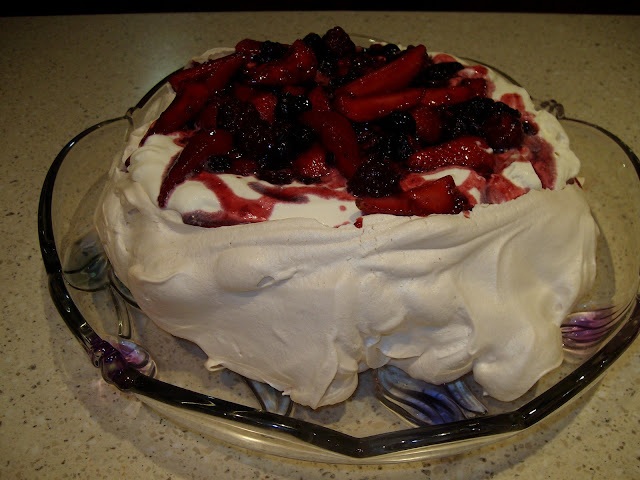 But the Pavlova was the champion on the night, the meringue was so light and fluffy, it just melted in your mouth, I had mixed berries and passionfruit on top of vanilla cream, all the guys had second helpings it was so good.

Email ThisBlogThis!Share to TwitterShare to FacebookShare to Pinterest
Labels: Bake