Joy's was released for good behaviour for the day, which meant we will be having the odd visitor or two, which had Jo in a flap because she had no biscuits!  No problem Jack can bake, is here! 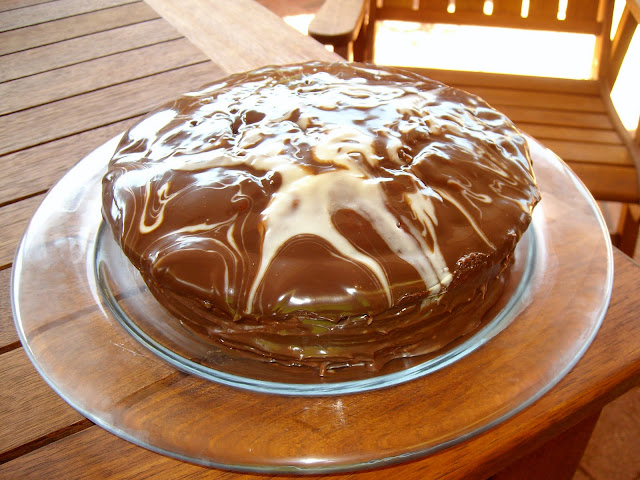 I used Julie Goodwin's, Mum's Chocolate cake recipe from her book "Our Family Table" for the cake and then googled Chocolate ganache for the icing, which is so easy to make you could get a five year old to do it, the ganache that is!  I had some white chocolate in the cupboard so I decided to whack some of that on it too and ended up with this cat's bum effect, looks pretty cool hey! BTW the cat has had some drugs, that is why his face is so twisted! 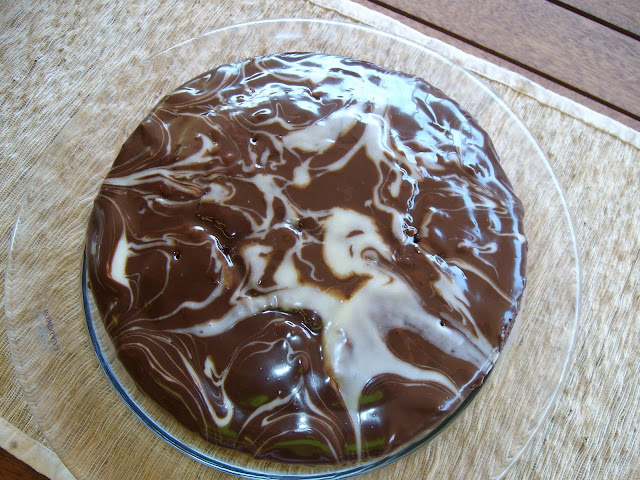 And I can tell you it tasted bloody beautiful, to corn a phrase oft used by my dearest MIL!
Posted by Dinner with Jack at 2:24 PM