I have been hanging out to cook this meal, I received the recipe from an old cyber space friend Victoria Walters, who lives on the other side of the world in the US of A.  I first met Victoria in a chat room in 2003, we have been friends since, have exchanged gifts of calendars from our home towns etc., several emails and photo’s and even a phone call in early 2004, having shared many highs and lows along the way as good friends do, thankfully for both of us it has been more of the high’s than the other way.
So how did Victoria come to share one of her recipes with me?  Well she posted a request to all of her family (which is spread out over America) on Facebook asking them to send her some of their favourite recipes, as she wanted to put them all together to form a family favourite’s recipe book.
Several of the family responded and contributed some great recipes for her book, I was feeling a little left out I guess at the time, so I sent her my Grandma’s/Mother’s Apple Pie recipe with a message saying “Hi Victoria, saw your request for recipes on FB, and although I am not family could not let the opportunity to share the best Apple Pie recipe with you! Regards Jack”
She must have liked it because the recipe made it into the Nimmo, Hamilton, Wagoner Family Cookbook, I know this because she was kind enough to send me a copy, and this recipe that is out of that book, is a little beaut.  Victoria makes the comment in the recipe that she makes it when she has company over for dinner, we didn’t have company over, which was fantastic because I only had to share it with Jo Girl, bonus!
Shrimp Scampi with Linguine
Submitted by Vicky Walters, altered oh so slightly by me to metric and a couple of substituted ingredients.

A household favourite for special occasions – The first time I made this, it was chosen by popular vote to be served the next time we have company over for dinner. 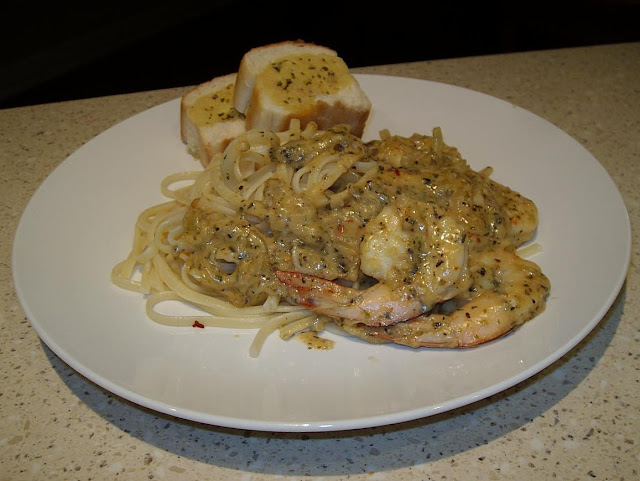 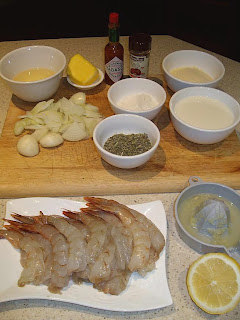 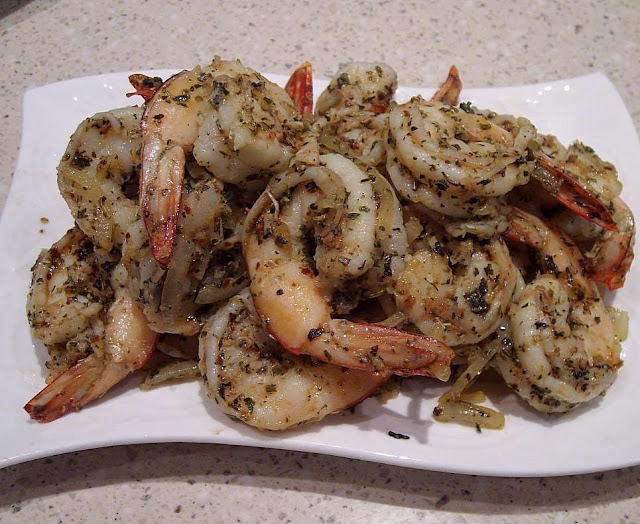 In an extra large skillet, sauté prawns with onions and spices in the oil until onions are clear.
Remove prawns from skillet leaving behind everything else.
Add 2Tbsp butter to the skillet.
Stir with large fork to blend the butter evenly with the onions and spices.
Sprinkle the flour over the top of the mixture and continue stirring it with the fork until the onions are coated and the flour has mixed well with the butter/oil mixture and is smooth.
Add the milk and wine gradually, continuing to stir the mixture with the fork.
When all the liquid is in, continue to stir until the sauce thickens to medium-consistency.
Add the shrimp back in, add the cheese and mix together with sauce, then lower temperature to keep the scampi and sauce just under simmering and hold until ready to serve over Linguine.
After Linguine is cooked as directed by package, drain, rinse, and put back in pot.
Add the butter and lemon juice, stir until well blended, then place on plates.
Top the linguine with the scampi and sauce.
Serve with garlic bread (or bread sticks) and a green salad to complete the meal.
Both Jo and I can understand the popular vote to have it served next time company is over, it was absolutely divine and will become a favourite for me simply for it’s simplicity to prepare and cook, thanks Victoria, this one is surely a winner!
We will look forward to the day when we get to share your company, even more so now, coz we know what's for dinner!!

Posted by Dinner with Jack at 3:36 PM