On the menu tonight we had Oysters Kilpatrick and Estuary Cod Fillets with a Baked Beetroot, Asparagus and Feta salad.
It has been a bit hard this week getting time to cook let alone blog having been travelling around various parts of the state for work and with so much to do, so it was great to have the time to cook tonight.
As luck would have it, returning from our last destination saw me in the vicinity of Drovers in Joondalup, where I was able to pick up some beautiful fish and a tray of fresh Smoky Bay Oysters. 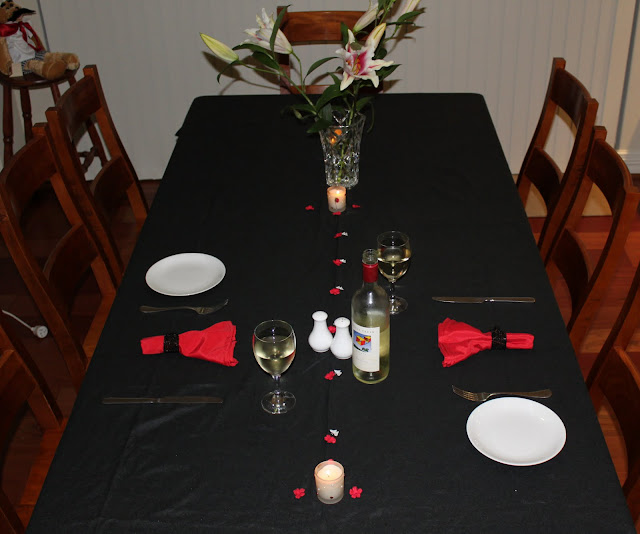 Jo set the table beautifully and I opened a bottle of Windy Creek Chardonnay which I was given on one of my recent visits to the winery, as a rule we don’t often drink white wine, that may have to change however as this wine was so good, as was the Windy Creek Chenin Blanc we enjoyed as I prepared he meal. 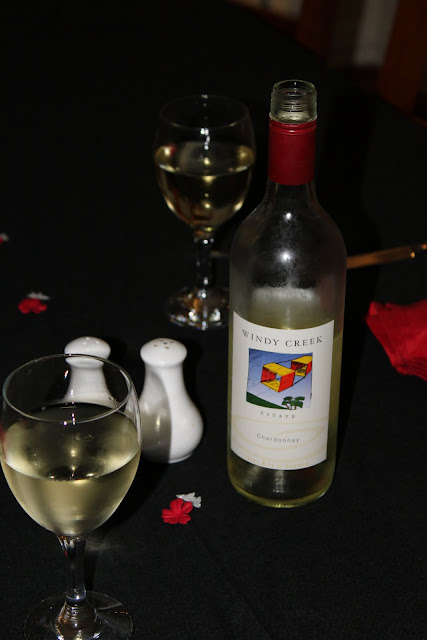 I seemed to take a bit of time to get this meal together, even though it was a reasonably easy meal to prepare, so I made an appetiser of Costello Blue and Olives to tie Jo Girl over whilst she waited patiently. 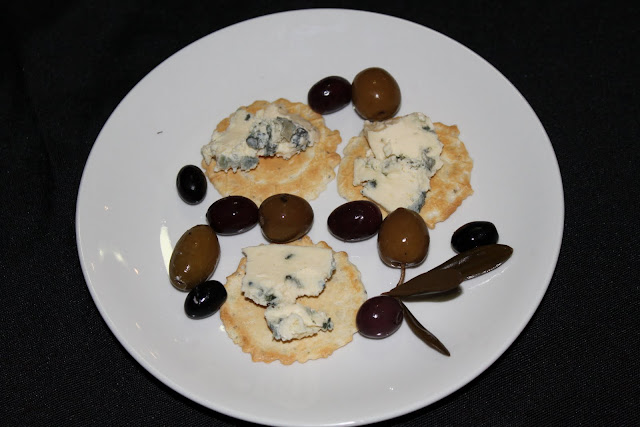 The oysters were so very easy to prepare, six drops of tobacco sauce added couple of tablespoons of Worchester sauce, a teaspoonful of which was spooned over each oyster, then 3 three rashers of bacon finely diced and cooked in a hot pan for a few minutes, I then added a quarter cup of Panko breadcrumbs, the bacon mix was then spooned over the oysters, pop them under the grill for 4 and a half minutes and they are done. 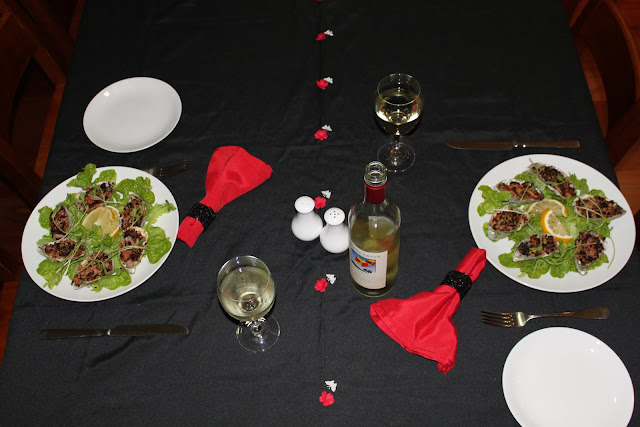 I was busy drooling over and taking photos of the table setting whilst they were cooking and they were left there a little too long so they caught on top, almost ruined them, thankfully I got them before it they were past saving and they tasted great, nice and crunchy topping with a slightly spicy finish to the sauce, perfect for me! 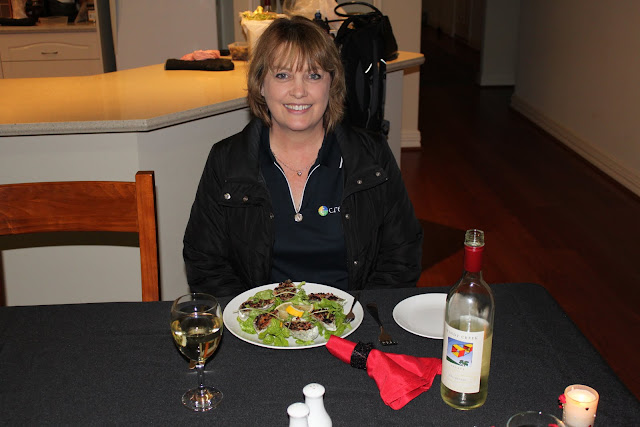 Cooking the fish was easy too, pan fried for two minutes either side in a hot non stick pan with a knob of butter, some dill, a tablespoon of capers and a clove of garlic, cook these ingredients for a minute or so to infused the flavours before adding the fish, once both sides of the fish are done, transfer to a baking tray and into a preheated oven to 180C for 8 minutes. 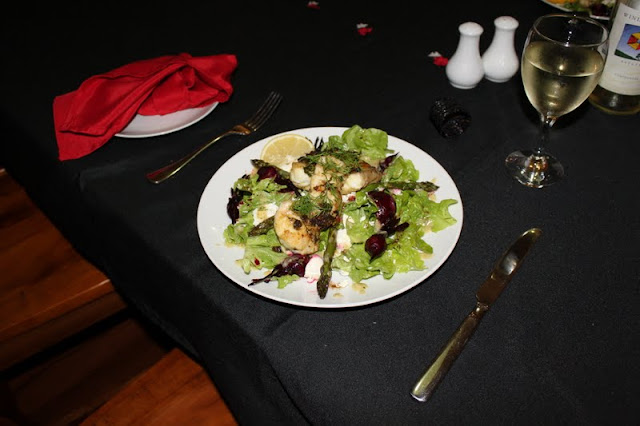 When I was at the fruit and veg at Drovers, I found a bunch of baby beetroot, after picking a bunch a looked around to see what else might go with them, settled on some asparagus, whilst I had no idea what I was going to do with these ingredients I was sure I could come up with something and after a little research I took inspiration from a couple of ideas and settled on a baked beetroot and asparagus salad with feta and Boccioni and a Dijon mustard sauce, these went so well together and complimented the beautiful fish nicely. 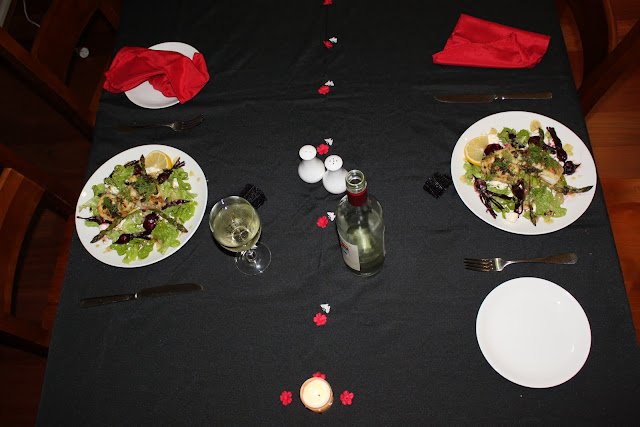 Posted by Dinner with Jack at 8:18 AM