Dinner for three and a day in the bush

Last night Jo invited a work colleague to dinner, for which I prepared a three course meal, photographing each course in readiness for my blog, so I was most disappointed when I got to the bit where I take the card out of the camera as there was no card, therefore no photo’s for the blog, bugger!  I did manage to get a shot of dessert which was panettone custard pudding with cream.
For the entrée I flattened out pork medallions with a mallet then spread my roasted apple sauce over the top, roll them up and coated with egg and panko breadcrumbs.  It was a different entrée, strange probably in fact, the idea for it came as I ventured around IGA Cedric St and once I thought of it I had to try it out, it was very nice but think it would have been better as part of a main course than an entrée. For the main course I made chicken involtiini with the Wicked Step Mother’s Egg plant and Capsicum relish and feta cheese, wrapped in prosciutto.
This dish is quickly becoming my signature dish, Jo finds it orgasmic and I think our dinner guest felt much the same, the girls from Windy Creek Winery gave me the idea for the dish when I brought the relish, I took their idea and added my own touches and it is by far the tastiest meal this household has experienced, I am just so annoyed not to have photo’s as it looked amazing on the plate. 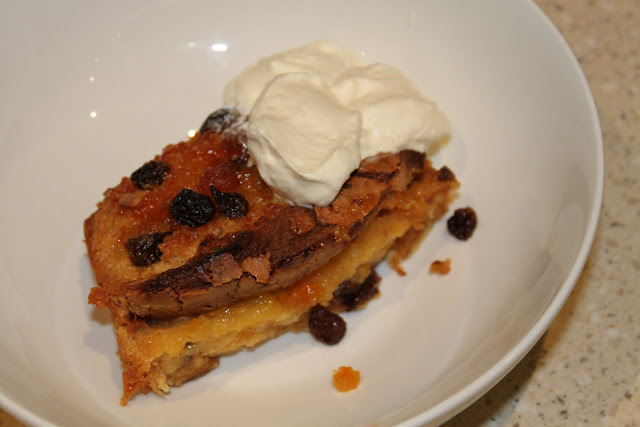 I went for a drive in the country today, all the way to Narrogin for a meeting, it took me a little over three hours to make the journey, this included stopping along the way to walk in the Glen Eagle Forrest as I took a few photo’s, so by the time I arrived in Narrogin I was well and truly ready for a nice cup of coffee and a quick bite before my meeting. 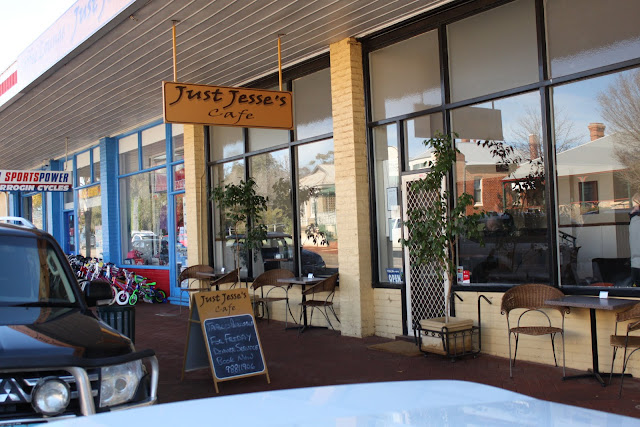 I happened across a small café, that did not look anything fantastic from the outside, but they had a sign out the front advertising a dinner service for Friday evening.  I ventured inside and ordered coffee, then notice an interesting Passionfruit and Butter cake, I placed my order and took a seat on a very comfortable leather couch, the coffee arrived about five minutes later and it was good coffee, it didn’t matter about the cake that much now as the coffee was so good.  A few minutes later the waitress arrived with my cake, and I was blown away with the presentation, it looked awesome, as it so happened I had my camera as I was reviewing the photo’s I had taken on my way down, so I could not resist but to take a shot of my cake. 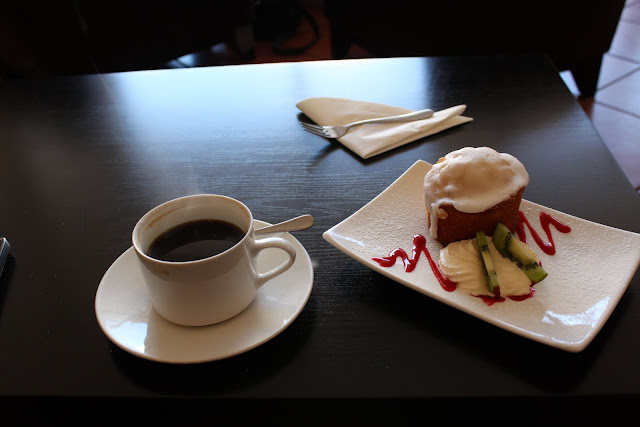 I learnt later that the coffee shop is owned and run by a young married couple, whom had met on a walk trail somewhere in the USA, apparently they kept crossing paths along this walk and a relationship blossomed.  He is American, she is a Narrogin local, the chap has a passion for food and cooking and it was he who plated the cake, I was so impressed, I think I may have to arrange a weekend to Narrogin now so I can attend one of his dinner services, now that could be fun!
Posted by Dinner with Jack at 10:10 PM

Email ThisBlogThis!Share to TwitterShare to FacebookShare to Pinterest
Labels: dessert