Sometimes this blogging has you asking yourself, do I blog or don’t I blog?  I know I am constantly wondering this to myself, just as I did tonight whilst I prepared dinner, especially being that I really wasn’t  preparing anything overly special, Beef and Vegetable Pies, but then I opened the oven and saw the results and thought no I have to blog that because they look so awesome! 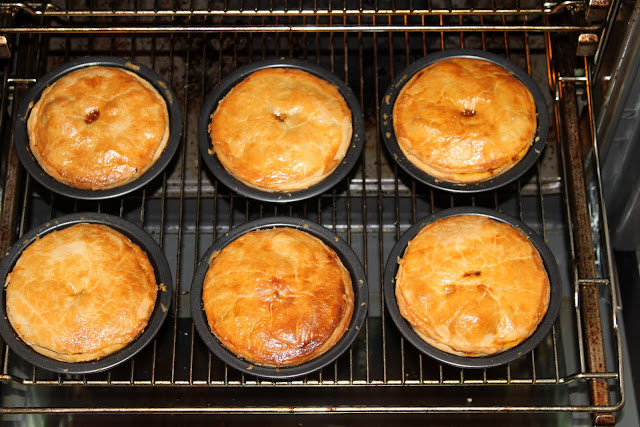 The other thing was, there really wasn’t a lot of actually cooking to be done, just brown some meat and fry of some onions, throw a few veggies in the pot and then pour my home made pasatta over the top and bung it in the oven, the hard part had already been done.  It was just so too when it came to the pastry, all I had to do was roll it out and bung it in the pie tins, as I had it ready to go from the last time I baked a pie! 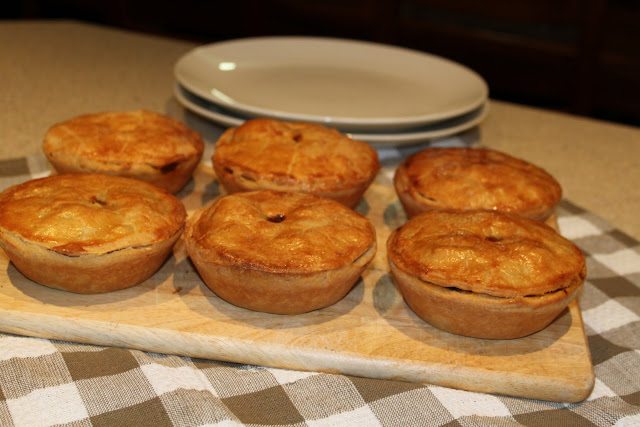 The only sad thing was, and I did not realise this until it was too late, I had just about emptied the veggie draw out in making the pie, so there was little to put with the pies, luckily I had some frozen beans in the freezer, and as Jo said there is plenty of veg in the pie anyway so the mashed spuds weren’t really missed. 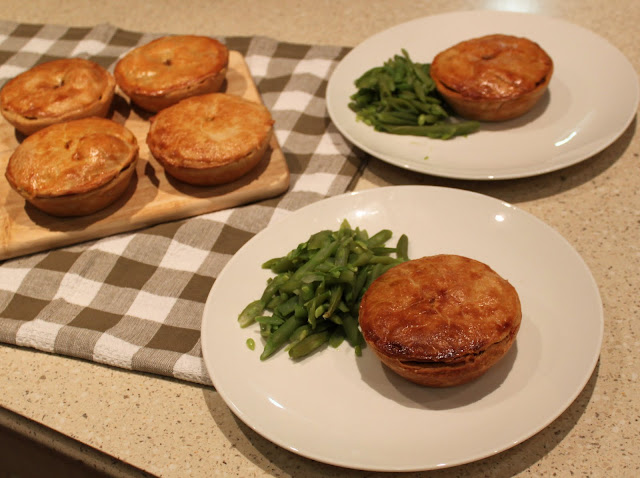 Opening the oven and sliding out the rack and seeing six beautifully cooked pies was a great feeling, I was so chuffed, but then I was keen to try them and they actually hit the table a few minutes earlier than they should have, they were very hot, patience Jack patience! 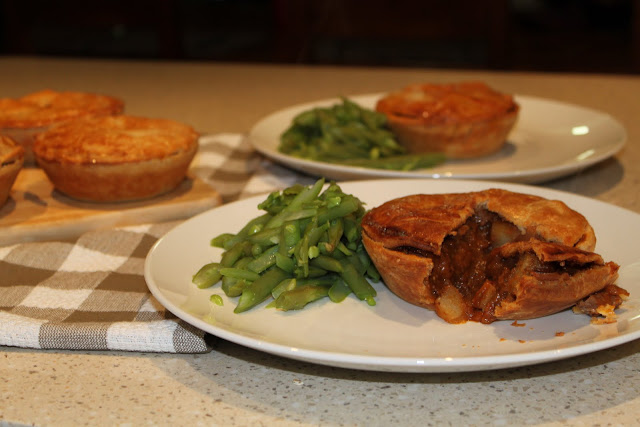 They actually did taste as good as they looked however, so much so that I offered Jo another half when I had finished my first, but there was no way apparently that she could go another one, well not until 20 minutes after she left the table and snuck back into the kitchen to finish one off that is, yes they did taste good!
Posted by Dinner with Jack at 9:31 PM