Wow, what a full on weekend, almost all about food and wine too, which has been a great way to spend time with family and friends. Started out Friday with a family night at Dorothy.dot.dot.au‘s place for a catch up with Jo’s Mum, she had been down for check up’s etc after her brain surgery last year, she is going great and giving as much cheek as ever, thanks for a great lamb hot pot Dot!

Saturday saw me being house bitch in the morning whilst my wife was pampered at the hairdressers and then by the nail technician, living in the lap of luxury whilst I battled away at home doing the washing, gardening, and shopping for the week, preparing lunch for Jo girl, after lunch I decide sod this and took myself to Joondalup for some ground roots footy at the West Perth v East Perth game. Unfortunately due to very biased umpires the game went to the garlic munches, but what can you do with so many cheats in the world? But had a great day with Michelle and Mark Gregson and their family, was a good day out.

Saturday evening was spent wining and dining with Kev and Annemarie Sparks at Cream in East Perth, a very nice night indeed, the food was great, the wine was fabulous and the company, well that was the best! Had a fantastic slow cooked beef dish, which melted in your mouth and was quite a large meal, so walked out feeling like a stuffed pig.

As if that was not enough great food for one weekend, Sunday morning after a bit of a sleep in , we were up and off to Northbridge with some more great friends for Yum Cha, would love to tell you the name of the restaurant, but I could not say it, let alone spell it, I know it started with Xia… and it is in Francis St, it was in fact my second visit to this restaurant, as I had been taken there for lunch on Thursday, and it is awesome, the food is amazing and it keeps coming out of the kitchen on the little trolleys, each one laden with different delicacies, funnily enough the first thing to hit the table was something I thought I would never eat, but did try on Thursday, that being Chickens Feet and they are so yummy! Never thought I would eat them, yet there you go, first dish chosen today! The best dish though was the roast pork, it was divine and the crackle was the best, I wish I could name everything we had, but firstly there was so much and secondly, I wouldn't have a clue with much of it, I just point at the stuff that looks good and it is passed to the table. Love Yum Cha!

After lunch we went and had coffee at Loreto (I think) which was actually the first place where Jo and I sat and ate together, so it was nice to stop by and have a coffee there. Sylvia and Harley kept us well entertained as usual, it was great to catch up with them again. After coffee Jo had to do a spot of shopping, as there was a shop open, the only shop we had to pass on the way back to the carpark by the way, but stop and shop she did, picking up some new jewellery and a new cookbook for me, so expect to see some Spanish delights here soon!

We managed to get home in time for the start of the footy, which was also great fun, and was great for me because Jo now understands that it is not only me that gets excited at the game, thanks for that Harley! 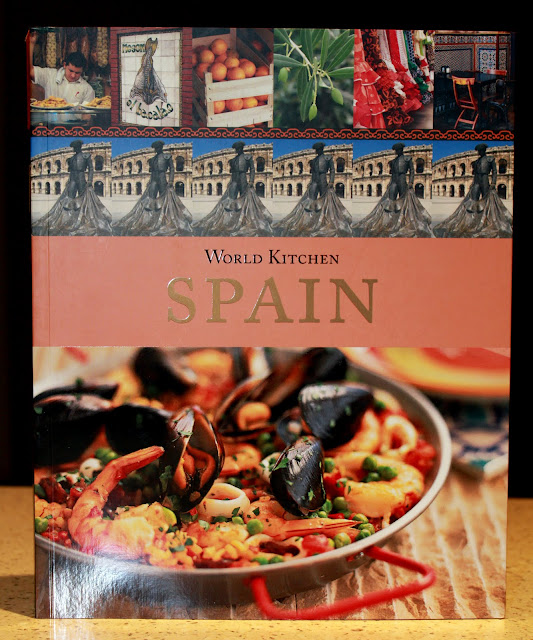 I had promised Jo a roast lamb dinner, but decided it was a bit late to start after the footy, so I went with something I had not made before, and I have had a hankering to make since a conversation I had with my Mum when I took her out for dinner last week. Mum had told me of some of the things Grandma would make her as a child, things like Jam Rolly Polly, Treacle Tart, Date Puddings and one of her favourites Steak and Kidney Pie, the dish I went with tonight. Though Grandma made hers with suet pastry and then steamed it for hours, I have opted for a simpler recipe and have used shop brought pastry, I do want to try the suet pastry and steaming method when I have some time to do both the research and to make it all the old way, but that will have to wait till another day, the pie we enjoyed tonight was big on flavour and made a hearty meal, Jo has requested leftovers for tomorrow night’s dinner, anyone want to join her? 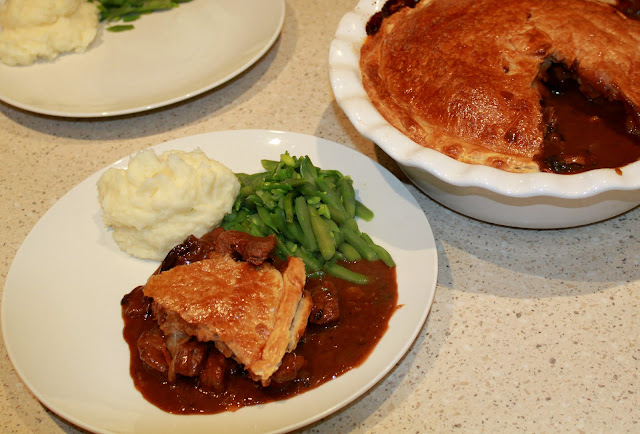 Posted by Dinner with Jack at 9:12 PM

Email ThisBlogThis!Share to TwitterShare to FacebookShare to Pinterest
Labels: Beef